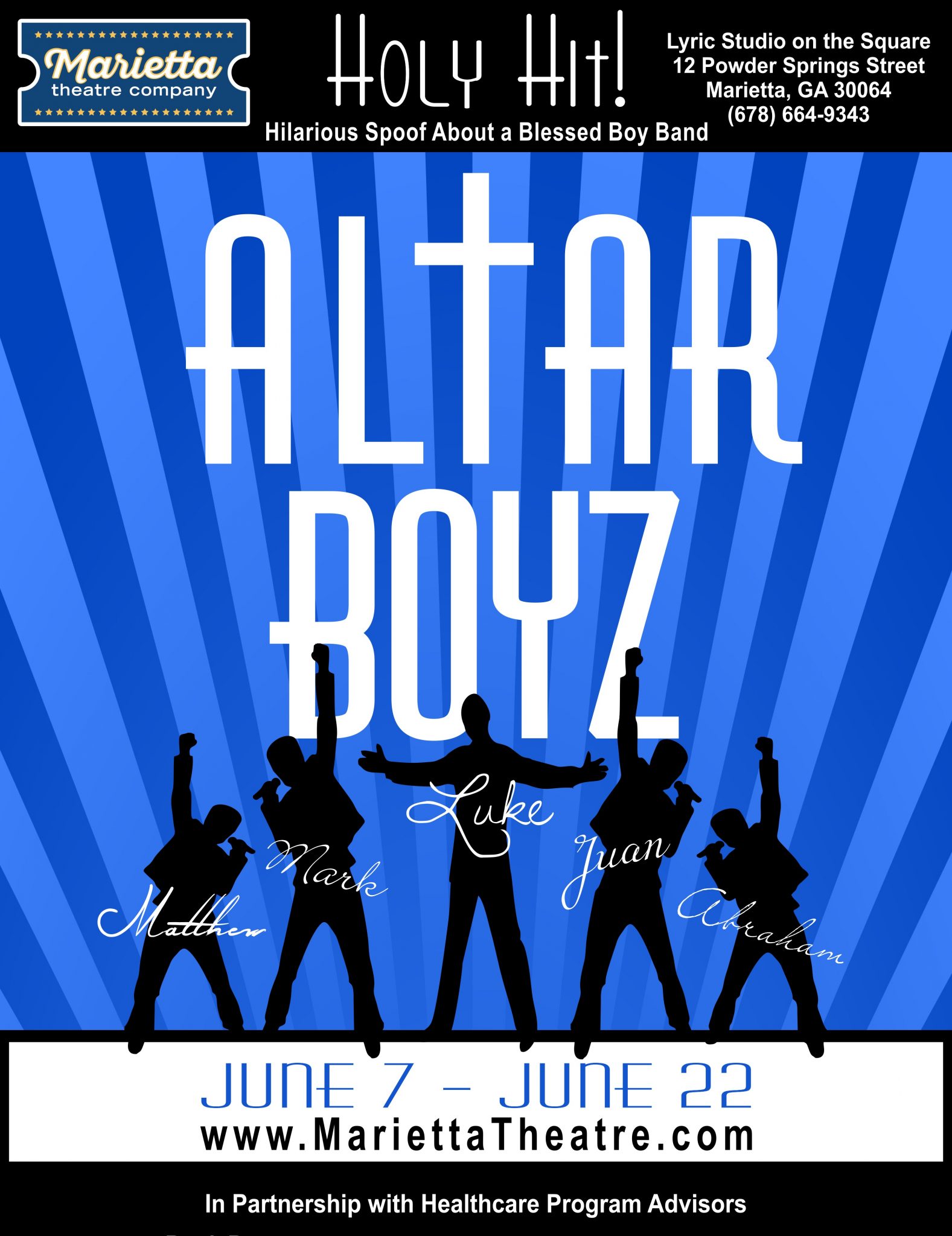 Winner of the 2005 Outer Critics Circle Award for Outstanding Off-Broadway Musical. Winner of the 2006 & 2007 Broadway.com Audience Favorite Award.
If you like awesome dancing, tight harmonies, and boy band music, you will love AltarBoyz! Filled with uncontrollable laughs and lighthearted fun, this award-winning and totally original musical is 90 minutes of pure delight that is suitable for all ages and will have the whole family laughing and singing along.
Hailed as “high-octane entertainment” (Talkin’ Broadway), Altar Boyz tells the holy inspiring story of five small-town boys – Matthew, Mark, Luke, Juan and Abraham – trying to save the world one screaming fan at a time. Their pious pop act, including lyrics like “Girl You Make Me Wanna Wait” and “Jesus Called Me On My Cell Phone,” worked wonders in their hometown. But when fate brings them to New York, will the boyz take a bite out of the forbidden apple? With angelic voices, sinfully spectacular dancing and a touching story, Altar Boyz is destined to rock the masses of all denominations!