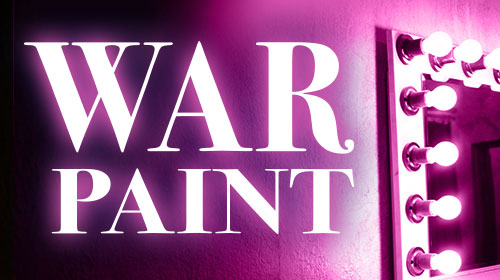 Helena Rubinstein and Elizabeth Arden defined beauty standards for the first half of the 20th century. Brilliant innovators with humble roots, both were masters of self-invention who sacrificed everything to become the country’s first major female entrepreneurs. They were also fierce competitors, whose 50-year tug-of-war would give birth to an industry. From Fifth Avenue society to the halls of Congress, their rivalry was relentless and legendary.

War Paint is presented through special arrangement with Samuel French.

“…an uplifting feminist celebration…no matter how high you think you’ve risen, there’s always someone looking to drag you down.”