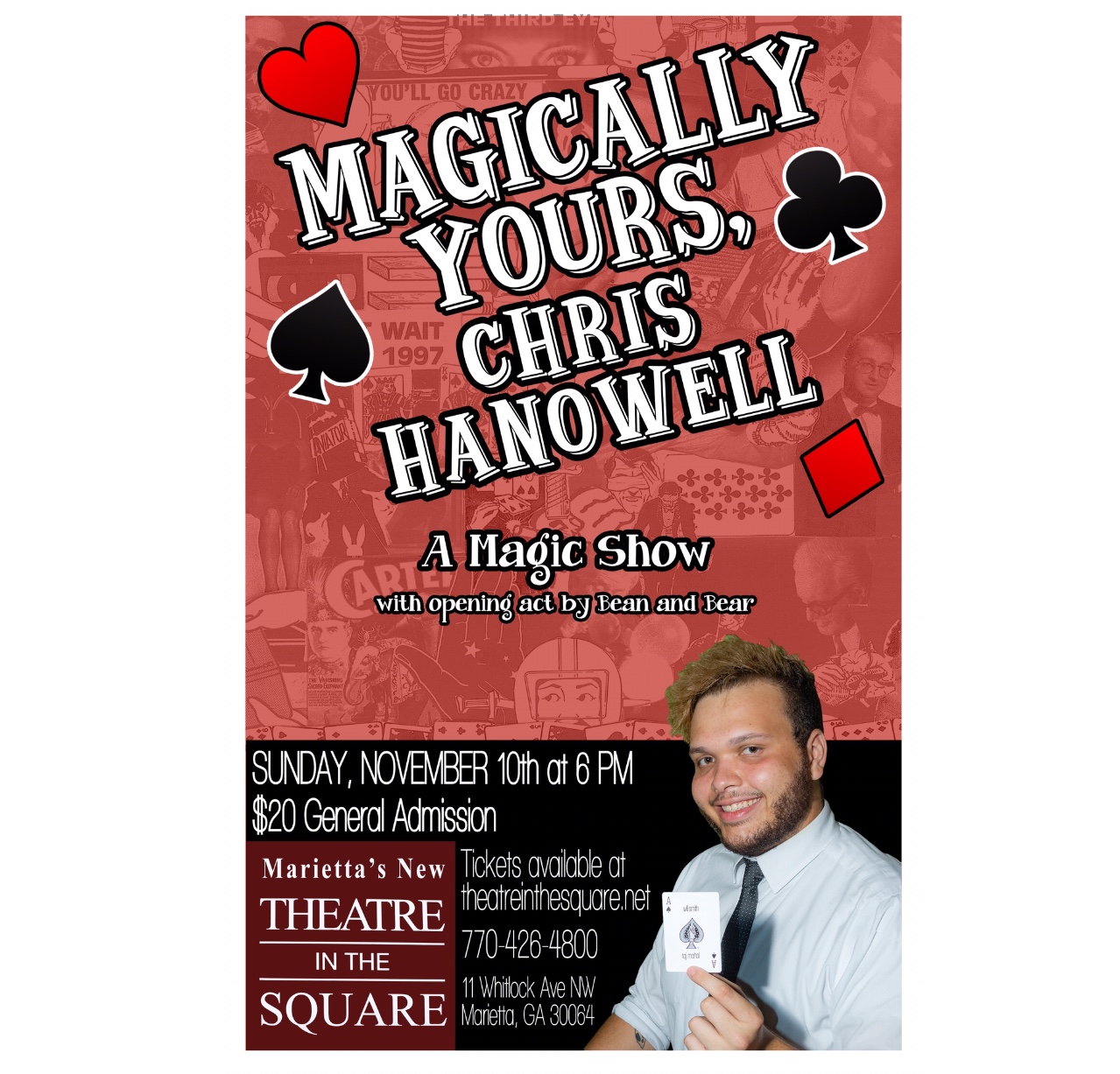 Come join us for a MIND BLOWING COMEDY ILLUSION spectacle of the highest caliber! PRESENTING: MAGICALLY YOURS, CHRIS HANOWELL (a magic show). For one night only, Chris will be presenting his unique style of comedy, magic, and mentalism in an all new show!! He will not only ASTONISH you, but make you laugh! Chris Hanowell is THE ATL MAGICIAN and has sold his magic all around the world, performed on Adult Swim, and consulted for the Netflix show “Insatiable”. Opened by Bean and Bear! They are the best of friends who perform puppetry and magic in an adult-friendly children’s show!